By Rohn Mugford on in Adventures, Fishing Stories 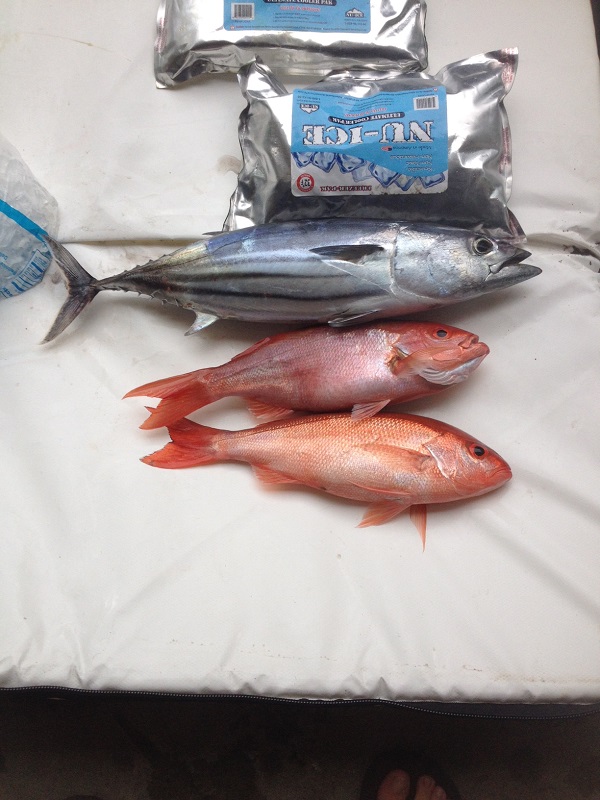 We entered into our first fishing tournament this past weekend with the SSFC. It was their Powder Puff tournament which is a Ladies’ only event. We had a plan for how we would attack our tournament adventure when we started the day. We intended to steam out to the Deli at first light and troll around for Mahi and then work our way into the snapper banks as the day progressed before heading in for the weigh in which was from 5:30 to 7 at the Savannah Yacht club.

We couldn’t have asked for better weather with the ocean looking like a silk sheet as we headed out. As nice as it was, we headed out at about 30 MPH, opting to conserve fuel verses hammering it all of the way out and not being able to fish for very long when we got there. When we got out there, it was so nice, that I wanted to continue on to see the Gulf stream for the first time. I don’t know if we actually made it there or not, we were trolling in about 600 feet of water when we turned to start trolling in.

We had a very nice Mahi hit at one point, but I pout my thumb on the spool of Ann’s reel when it hit and begin taking line and the line went slack as it broke. We saw him jump once, it was a very nice looking Bull, but then it was gone. Carrie, one of our guests, caught a Skipjack Tuna a while later and that’s all we came up with while trolling. We were pulling Cedar plugs at the time in Mahi colors.

We stopped at the M2R6 Naval Tower on the way in and saw a nice Cobia swimming around the tower, but were unable to get it to bite. Carrie caught a few nice B-liners, but only two made it to the boat intact. The first one came up as just a head as a Barracuda got hold of it before she could land it. We caught several Seabass and Ruby red lips as well, but nothing notable. There were some huge schools of Spadefish swimming around the tower with the Barracuda and we even had a green sea turtle come up and say hi.

Finally, we began making way for port and when we made it in to shore there were storms brewing. We had the option of taking the boat in to the yacht club to weigh the fish in or get the boat onto the trailer and home and then take the fish to the weigh in by truck. With as menacing as the sky looked, we opted for the latter. About a 1/4 mile from the launch, the sky opened up and it began pouring out. We loaded the boat up and went home to drop it off. We made it to the weigh in at 7:04, just as the prizes were announced.

Needless to say, we didn’t get to weigh in, and we wouldn’t have won, regardless as some nice Mahi were weighed in. We did learn to stick to our plans though, and we did have a beautiful day on the water. We had the Go-pro on the boat, but I never remembered to turn it on while the fish were biting. Nonetheless, I will go through it as I believe there may be some footage of flying fish and maybe the schools of spadefish and Barracuda swimming around the boat. The attached picture is the fish that we did bring home, a skipjack Tuna and2 B-liners. 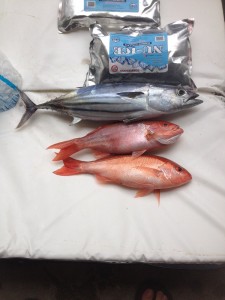 View all posts by Rohn Mugford →